What is a VPN and how can you benefit from it?

Web services and cloud technologies constantly improve and expand their influence on both home users and businesses, but heightened interconnection comes with a significant dose of threats to online privacy and data security. This is why VPN is steadily becoming a valuable widespread tool against invasive entities and malicious attacks. But what is it exactly and how does it work?

VPN (Virtual Private Network) is an encrypted connection (VPN tunnel) between the device of the user (VPN Client) and a private network (VPN Server). All traffic transmitted over the web through a VPN tunnel is protected by specific VPN protocols that ensure data transfer and communication security, so neither the internet service provider, nor the wider internet populace can intercept or decode it.

There are two main types of VPN:

1.  Remote Access VPN – a secure connection to a VPN provider’s network of servers which allow further access to the public Internet;

2. Site-to-Site VPN (Router-to-Router VPN) – a secure connection between the private networks of a given organization (Intranet), or between its private network and its external partners (Extranet);

VPN offers many advantages for both commercial and non-commercial purposes. See how you can benefit from it in the following list:

As a general rule, quality services are rarely free, and VPNs are no exception. So how do providers of free VPN cover their operating costs? Beside the common but harmless approach of placing ads all over the software interface, there are also harmful methods, that can cause a lot of trouble for you, such as:

1.  Malware-infested service that abuses the device’s resources and constantly collects personal data and usage details of the user, then sells them to data brokers, ad agencies, authorities etc.

2. Hidden breach of privacy due to controversial Terms of Service clauses which trick the user into giving consent to gathering and further distribution of his personal data (example: Facebook’s now defunct Onavo app).

3. Unauthorized use by malicious agents – the user is tricked into giving access to his device to third-party agents, which can then gain complete control over it, thus creating an ideal environment for illegal activities such as hacker attacks (example: Hola VPN and the Luminati network).

It can be very tempting to choose a free service over a paid one, but when it comes to VPN, we strongly advise against it. There are plenty of VPN providers that deliver great services at reasonable prices – we have selected the following suggestions for your personal and family needs that you can choose from: 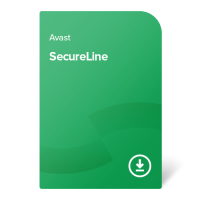 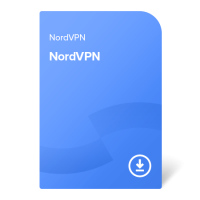 Your item was added to the cart