The following MS Windows 10 editions can be found in our offer:

Click one of the links below to learn more about each topic:

English and more than 10 other languages

We have a better alternative:

Get more for the same or lower price!

Unfortunately, we currently do not have your required product in stock, but we have a great alternative for you - Windows 10 Enterprise LTSC Upgrade! 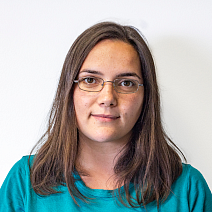 English and more than 10 other languages

Should I choose Windows 10 Home, Pro or Enterprise?

Not sure which of the versions is a better fit for you or your business? Check what you should consider before you make a final decision:

Each of these editions is tailored to the needs of their target users:

However, it is important to note that there is no formal restriction on their usage  – for example, if a private person needs the advanced features and performance of Windows 10 Enterprise, he can freely purchase and use it; the same is valid for businesses that have low IT demands that decide that Windows 10 Home can serve them just as well.

2. Price and return on investment

Thanks to the software brokerage business model of our company, customers can purchase their preferred Windows 10 edition at a significantly lower price in comparison to the regular market prices – the quality of the product will be the same but the return on investment will be faster. Additionally, the price difference between the various editions is around 15 €, which frees decision makers from the constraints of costs and allows them to focus on the Windows 10 functionalities they would like to implement in their company.

3. Main features and differences between Windows 10 Home, Pro and Enterprise

In order to help you choose the operating system with the features that suit your company's needs the most, we have prepared an overview of the differences between the three Windows 10 editions in terms of software features in the table below. If you would like to learn about the listed features in more detail, just click the one you are interested in and the link will take you to its description below the table.

Swipe to the side to see the rest of the table.

Windows Hello is a fast, secure, and password-free way to unlock your Windows devices by using facial recognition, a fingerprint, or a PIN.
Note: biometric authentication requires specialized hardware, such as a fingerprint reader or an illuminated IR sensor.

Windows 10 comes with advanced built-in security features: the firewall and internet defenses help protect your device against viruses, malware, and ransomware; and the “App & browser control” feature in Windows Security provides the settings for Windows Defender SmartScreen, which stops potentially dangerous apps, files, websites, and downloads from running without your permission.

Secure Boot prevents malicious applications and unauthorized operating systems from loading during Windows start-up – any code that tries to run needs to have received official authorization by Microsoft or the hardware manufacturer beforehand.

When device encryption is enabled, the entire system drive and secondary drives connected to your device are encrypted, so that only authorized individuals with the correct password can access the data. In case of a lost or stolen device, nobody except you can access your systems or data.

BitLocker gives you the opportunity to easily encrypt individual drives and protect them against unauthorized access. It is the advanced version of device encryption and includes more management controls and stronger encryption.

WIP (previously EDP) is an information rights management system that helps protect your business against accidental data leaks on company and personal devices which employees use at work without interrupting their work process with restrictive data management policies. With WIP you can separate personal and corporate data without having to switch apps, remove corporate data from devices without deleting personal data, add an additional layer of security by including programs in a special “protected apps” list, and many more.

AppLocker controls which executable files can run on the operating system by creating a set of rules based on file names, software publishers and file location, ensuring that only safe applications can be opened. The permissions can be set at group or user level.

DirectAccess is a VPN-like feature that provides an encrypted connection within an organization’s internal network thanks to domain-joined clients on a supported operating system. Unlike traditional VPNs, the connection is initialized automatically every time the client attempts to access the Internet.

The usual setup of Windows 10 is to allow apps to run unless they are blocked by some security solution (Windows Defender or another antivirus program, for example). When Device Guard is on, the situation is reversed – all apps are considered untrusted until authorized, and the conditions for trusted apps can be designated via code integrity policies. Device Guard strengthens computers against attacks by using hardware features of the device itself instead of relying only on the operating system.

Windows Defender Credential Guard is a virtualization-based security tool that isolates credentials such as user account and network login details, so that they can only be accessed by privileged systems.

Group Policy allows you to decide what features are available for which devices, user accounts and user groups in an Active Directory environment. Define specific security and networking policies with the centralized management and configuration platform for all your company’s operating systems.

Microsoft's Volume products allow software deployment in bulk and help admins keep track of Volume channel programs allocated on company PCs and their licensing status. In addition to easy record keeping, VL products are much easier to transfer to a new device when needed, and are compatible with a wider range of advanced Microsoft systems.

Business editions of Windows 10 include capabilities for integration with mobile devices management systems. With MDM platforms such as Microsoft Intune you can monitor the mobile devices used within the company, analyze usage habits of individual users and apply security policies without compromising the users’ privacy on their personal devices.

This special mode allows quick setup and maintenance of fixed purpose devices (such as digital signs, kiosks, ATMs etc) for firstline employees or for public access. When Kiosk mode is applied, the operating system allows only specific, limited functionalities to be executed by the user, ensuring that the device is used safely for its intended purpose.

Application Virtualization (App-V) allows the installation of virtual applications on centrally managed servers, which users can then stream to their own Windows PCs in real time and use them as if they are installed locally. Thanks to the principles behind this virtualization technology, App-V brings not only management benefits but also security improvements to companies.

User Environment Virtualization (UE-V) provides synchronization of Windows OS, Office and other Windows app settings to a centrally managed virtual environment. This way, when users use different PCs within the same company or organization, their personalized settings get instantly applied to each device. This feature is particularly useful for organizations that don’t assign specific devices to each user, but rather have a set of computers available to all users.

In Windows 10, Microsoft Search has a dedicated search field on the taskbar by default. Additionally, opening the Start menu and directly typing in it also activates the search. There’s one more important novelty of this otherwise familiar feature – you can look for results on the web right from the Start menu, which speeds up the process of finding your query on the internet.

Universal Windows Platform apps include both official and third-party applications. Beside the main Windows 10 operating system, UWP apps are compatible with various other Microsoft platforms, such as Windows 10 Mobile and Xbox One. The most commonly used ones are the following Microsoft Store apps: Cortana, Microsoft Mail, Calendar, OneNote, Weather, News, Sports, Money, Photos, Camera, Music, Clock.

Microsoft’s browser built especially for Windows 10 offers faster browsing and better battery life across devices. With every next update, Edge brings new and more efficient ways of handling your web searches, optimizing your experience and bringing exactly what you’re looking for.

Microsoft’s digital assistant, available on PCs and mobile devices, helps you with daily tasks. Cortana can check the weather, news, and traffic, schedule an appointment and tell you when it’s time to leave for it – all this made even easier thanks to voice commands.
Note: Cortana is available in the following regions: Australia, Brazil, Canada, China, France, Germany, India, Italy, Japan, Mexico, Spain, UK, USA.

With Microsoft’s well-known cloud storage and file sharing solution, users can backup, sync, collaborate, and access their various uploads from anywhere with a simple Microsoft account sign-in. OneDrive provides both free and paid services, tailored to the needs of its various users.

Windows 10’s remote desktop features allow users of one device to connect to and control another device over the same network or the internet via the Remote Desktop app. The client app is user-friendly and available for all Windows 10 systems, but the remote desktop protocol is present only in business editions, and the configuration setup differs depending on whether the user wants to connect to a local PC or a remote one.

Hyper-V is Windows’ in-built virtualization software that allows the creation of multiple operating systems as virtual machines on a single Windows PC. The feature includes both hardware and software virtualization and is an invaluable tool for users who need multiple systems for experimenting, testing programs, isolating environments, or running older OS for the needs of specific programs.

BranchCache is a bandwidth-optimization feature intended to cache central data to remote offices and company branches in order to reduce network traffic. It creates and maintains a local cache of the data requested from the central servers, which results in a significant decrease in internet connection usage.

Your item was added to the cart